This weekly column is a collection of short snippets: practical self-sufficiency items, how-tos, lessons learned, tips and tricks, and news items — both from readers and from SurvivalBlog’s editors. We may select some long e-mails for posting as separate letters.

Several readers mentioned this article that was picked up by dozens of newspapers: Growing risk of once-in-a-century solar superstorm that could knock out internet, study says. Here is a snippet from the article:

It paints a scary picture of what could happen if an enormous solar storm hits us: submarine cables between countries shut down, power grids offline, data centres from web giants at risk of going dark.”

And, the IEEE cites a similar vulnerability to a man-made equivalent: One Atmospheric Nuclear Explosion Could Take Out the Power Grid.

Noraly “Itchy Boots” Shoemaker, the intrepid Dutch motorcyclist-geologist vlogger, has reached another milestone: Crossing into Zimbabwe. She has logged 75,000 kilometers in her worldwide travels and now has 837,000 subscribers.

“St Funogas’s article got me thinking about reusing canning lids. Ball lids have been unavailable even at our local Amish stores (I live in Lancaster County, Pennsylvania)  they have been selling generic canning lids with no brand name in clear plastic bags. I purchased several dozen but also began saving and washing my used lids with my jars. The generic lids are thinner and do not seem to have the same quality as the ball lids I normally use.  Upon using the new generic lids I found they would dent and kink in the canner and although they did seal the finished product was not as nice looking as a Ball lid. Time will tell if the seals hold.  In response to this, I decided to try reusing my one-time use lids and have found them to seal better than the new generic lids. Multiple batches of various foods both in water bath and pressure canning have produced acceptable results with used lids. It is my opinion that a used ball lid is preferable to a generic new lid of unknown brand.”

File Under: “For Thee, But Not For Me”, this from Charlie Kirk: Insane Hypocrisy: White House Staff Not Required to be Vaxxed. JWR’s Comment: So, the only ones at the White House who must be vaccinated are the Secret Service and the US Marine Corps guards? And we are hearing the same from Congress, where U.S. House and Senate members and their staffs are exempt from the vaccine mandate. There, at the Capitol,  it will just be the Capitol Police, cafeteria workers, groundskeepers, and janitors that will be under coercion. The hypocrisy and duplicity of the Liberal Intelligentsia is sickening.

My wonderful wife Lily suggested this free e-book (PDF) by Pastor Richard Wurmbrand, written in the early 1970s: Preparing For The Underground Church.

“My Grannie was an old-time hillbilly.  My family always jokes that if you look up the word hillbilly in the dictionary, there be a picture of Grannie.  They lived in the Ozark Mountains in northern Arkansas.  She did something that I’ve copied.  She canned an end of the garden soup starter.  At the end of the season when everything slows down and she was not getting much of any one thing, she would harvest what was still producing, cut it into bite sized pieces and then can it all together.  Each batch was different.  Today, I made this combination.

It had green beans, summer squash, purple long beans, okra, and tomatoes.  I blanched and peeled the tomatoes and put them in the jars first. Then I layered the other ingredients until full. You can put some beef or chicken bouillon in for flavor.  Just remember to be careful with the salt later. Add water to make sure the veggies are covered.  Pressure can for whatever time is appropriate for the veggies used.  I did 40 minutes at 10 pounds of pressure which was the longest time for the veggies used.

I’ve also done this with the dehydrator and just layered in the different vegetables in a jar and vacuum seal it. I start doing this earlier in the summer and just add to my jars as things produce.  Carrots and potatoes always seem to be first and then summer squash and on down the line.  That makes for a pretty shelf with all the colors in the layers filling the jars.  The orange carrots, white potatoes, green beans, yellow zucchini, purple long beans, red tomatoes, and topped off with some wild greens can be decorative and comforting when a winter storm is rolling in.

When I get ready to make soup this winter, I can just pick out a couple of jars of soup starter, open and add to whatever meat I have left over from a previous meal.  I just make sure to match up the meat with the bouillon flavor, chicken for chicken, beef for beef or venison.  If I don’t use bouillon, I can just use whatever spices and herbs sound good that day.

Almost any veggie can be used to make this soup starter. It seems like there are always bits of different veggies left at the end and I hate to waste them.  In these times, we must all learn to waste nothing This winter those bits of veggies are going to be yummy. “

Ron M. suggested this blog piece: Did I think about this?

Sadly, this is still a news item: Glenn Beck Charges Chartered Flights Being Held Up in Afghanistan by State Department.

”Your refusal has cost us all’: Biden declares war on the 80M unvaccinated Americans in speech ordering mandates on two-thirds of ALL workers and insists: ‘This is not about freedom’. JWR’s Comment: Nope. It is about tyranny.

I really appreciated this rebuttal by Matt Christiansen on Montana: On Biden’s V4x Mandate Speech | The Tin Pot Tyranny, the Lies, and Everything in Between.

Please Send Us Your Snippets!

Please send your snippet items for potential posting to JWR. or AVL. You can do so either via e-mail or via our Contact form.

By James Kinlaw
12 mins ago 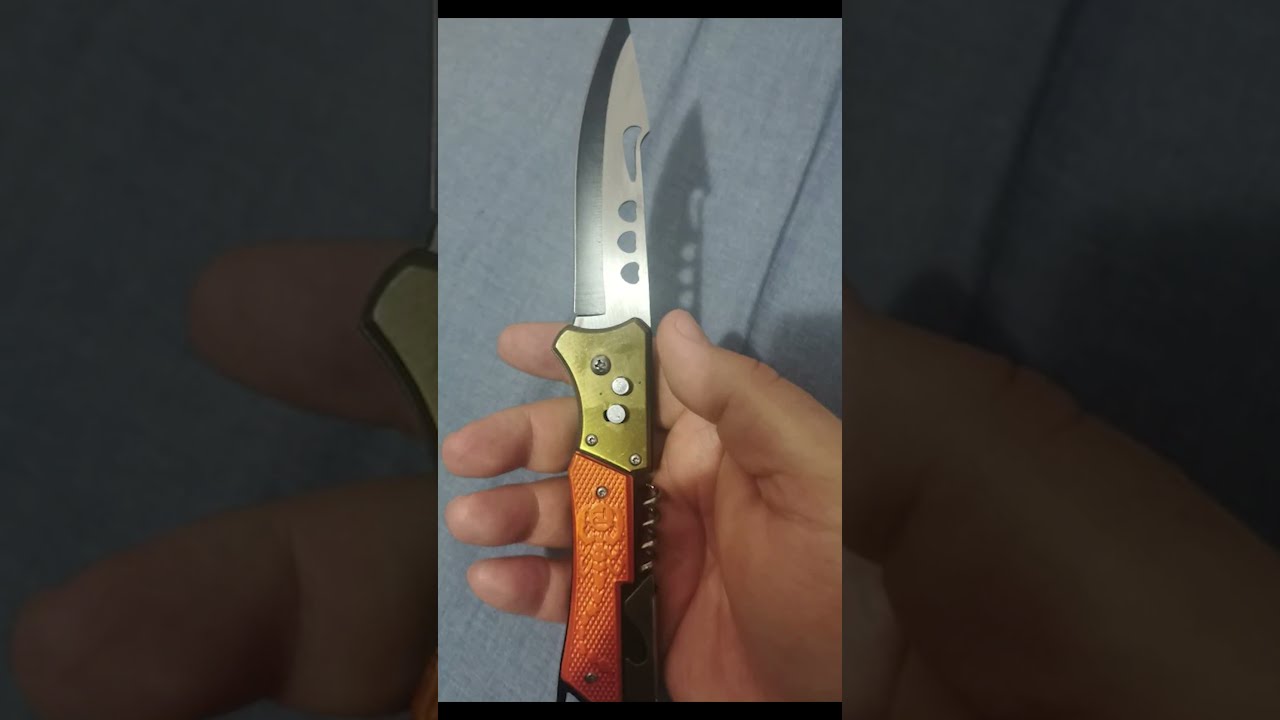 By James Kinlaw
27 mins ago 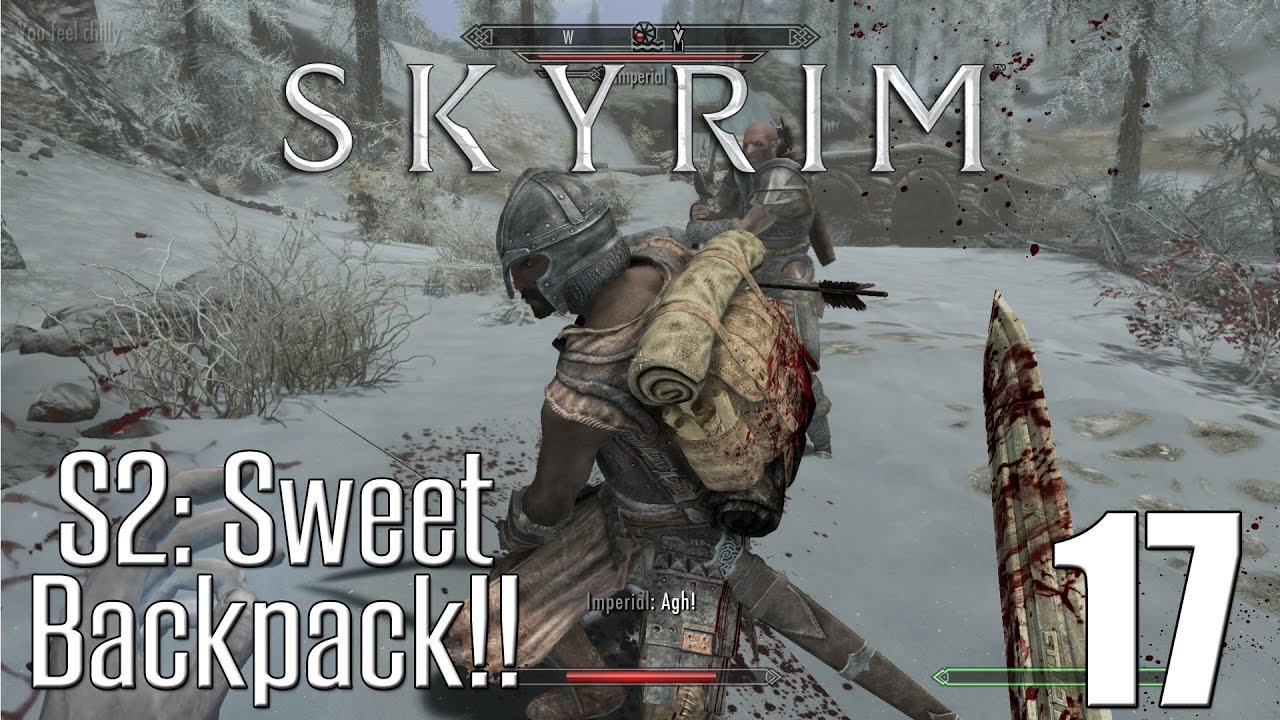 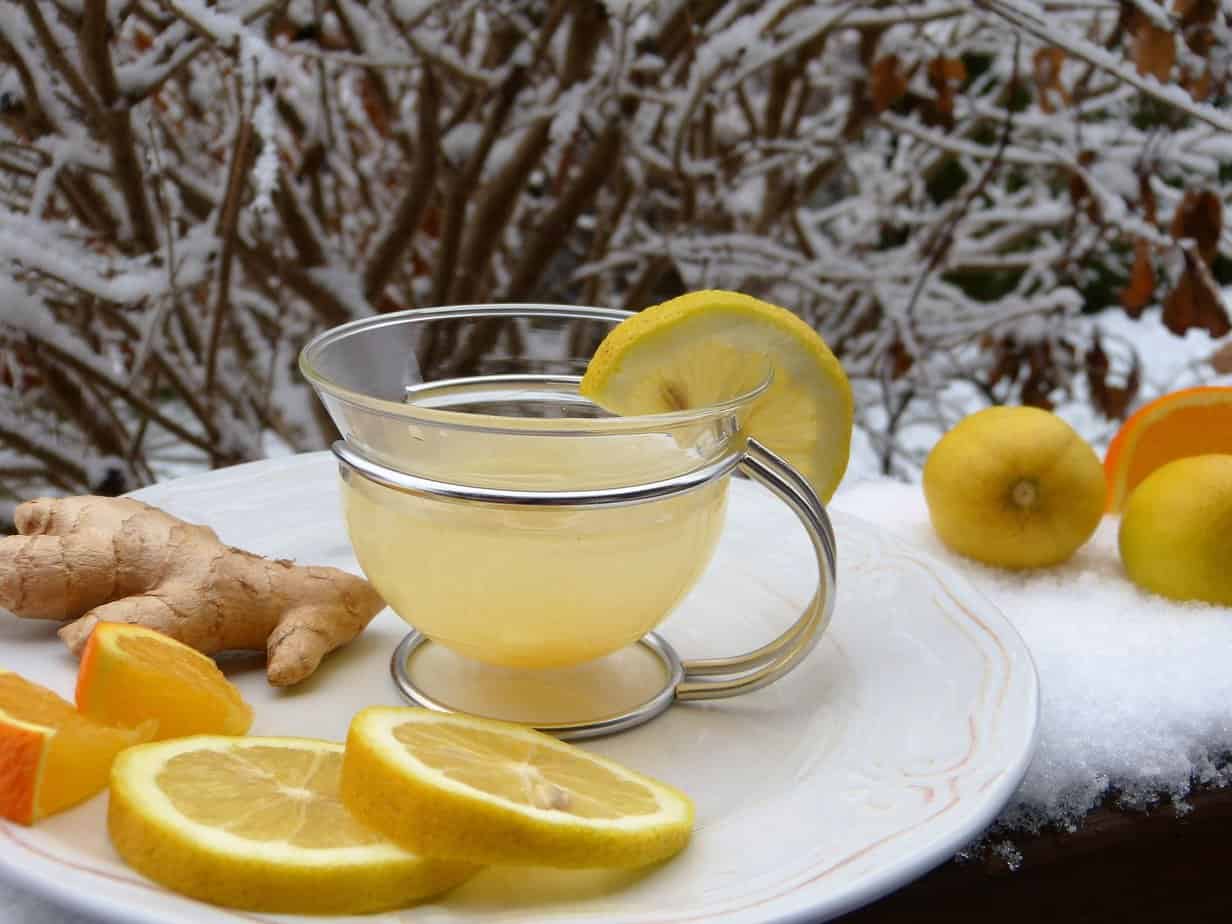 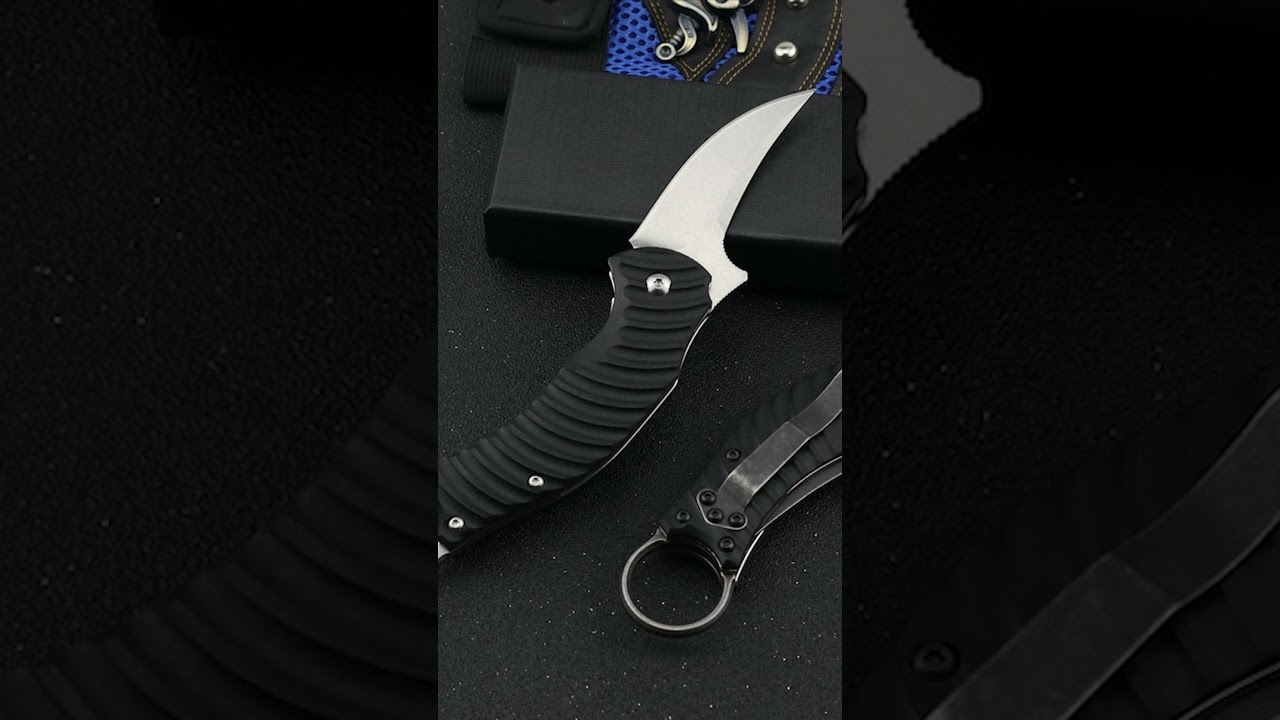 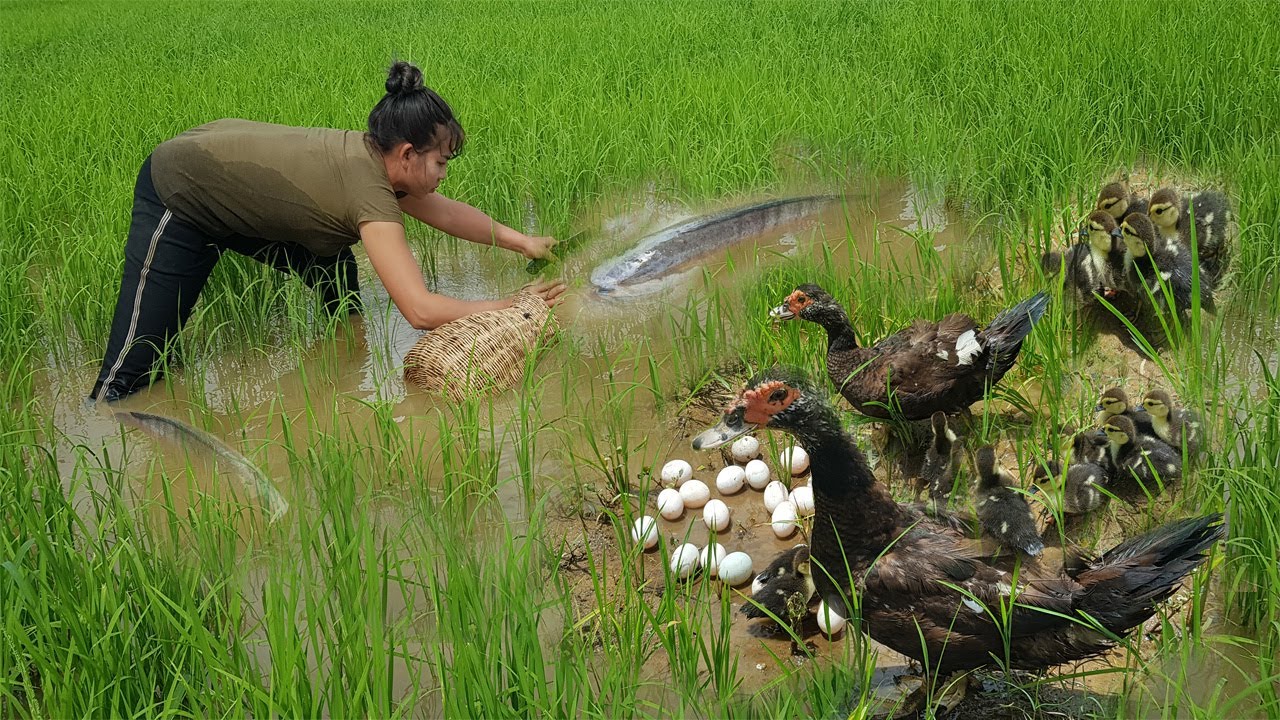 What Happens if You Mix Different Cooking Oils for Frying? – Apartment Prepper

The Vaccinated Sheep Are Being Taken For a Ride— How Long Before They Jump Off The Train? Never?

The Reason For My Hope – Latter-day Saint Women Stand