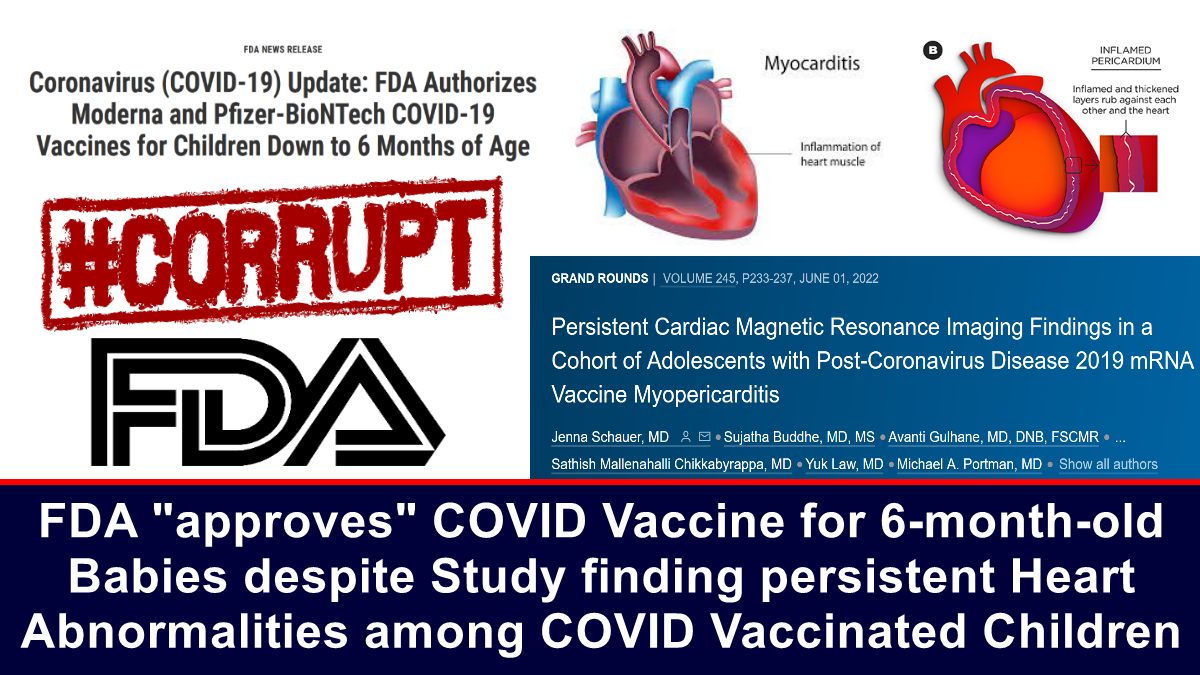 The U.S. Food & Drug Administration (FDA) has questionably authorised emergency use of both the Pfizer and Moderna mRNA Covid-19 injections for use among children aged 6 months and above despite a study conducted at the Seattle Children’s Hospital finding COVID vaccinated children are suffering persistent heart abnormalities.

The study followed up 16 male children, with an average age of 15 years, 3 to 8 months after their initial diagnosis with myocarditis within a short time frame following mRNA vaccination.

The authors used Electrocardiograms and Cardiac Magnetic Resonance (CMR) to examine abnormalities in the heart such as myocardial scarring, fibrosis, strain, and reduced ventricular muscle extension which can be associated with reduced capacity to pump blood and increased risk of heart attack.

The authors found that although there was some measure of resolution after 3 – 8 months most subjects still had some persistent abnormalities.

“Although (initial) symptoms (such as chest pain, and exercise intolerance) were transient and most patients appeared to respond to treatment (solely with NSAIDS such as ibuprofen), we demonstrated persistence of abnormal findings on CMR at (3-8 months) follow up in most patients, albeit with improvement in extent of LGE (a measure of the heart’s capacity to pump efficiently).”

“The presence of LGE is an indicator of cardiac injury and fibrosis and has been strongly associated with worse prognosis in patients with classical acute myocarditis. A meta-analysis including 8 studies found that presence of LGE is a predictor of all cause death, cardiovascular death, cardiac transplant, rehospitalization, recurrent acute myocarditis and requirement for mechanical circulatory support.”

For those who wish to review a detailed evaluation of this study by a medical expert, you can watch this video –

What is Biblical Prophecy? – 7 Myths about the Prophetic