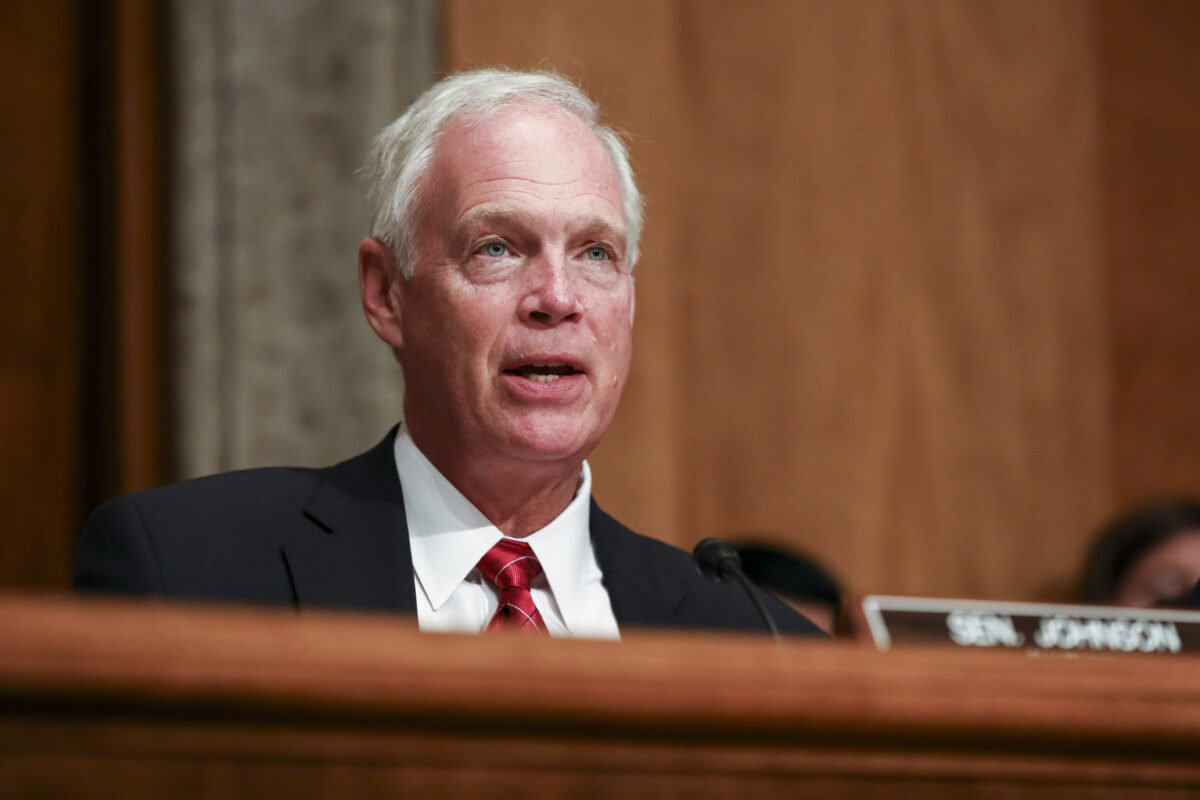 Sen. Ron Johnson (R-Wis.) sent a letter to Attorney General Merrick Garland to ask why an attack on a Madison, Wisconsin, pro-life center wasn’t being investigated as an act of domestic terrorism.

Late on May 8, the Wisconsin Family Action clinic in Madison was attacked with a Molotov cocktail following the leaked release of a draft Supreme Court majority opinion suggesting the high court would overturn the Roe v. Wade case that made abortion constitutionally protected.

“Attacking a pro-life organization in a manner that could have injured or killed the office’s occupants due to differing political ideologies fits these definitions,” Johnson wrote. “I am unfortunately compelled to write to you about this matter because DOJ [Department of Justice] has a track record of not prosecuting left-wing violence as we have seen with the summer of 2020 riots that occurred nationwide.”

The FBI says domestic terrorism, he added, is an “ideologically driven criminal act, including threats or acts of violence made to specific victims, made in furtherance of a domestic ideological goal that has occurred and can be confirmed.”

The senator also made note of protests, including some that were held over the recent weekend, outside the homes of Republican-appointed Supreme Court justices, describing such incidents as intimidation and a violation of federal law.

“The intimidation of sitting Supreme Court justices is a clear violation of federal law, and, once again, DOJ, FBI, and [the Department of Homeland Security] have yet to condemn these activities,” Johnson wrote. “Compare your silence on these events to your robust actions against parents attending public school board meetings to voice their concerns about far-left ideologies being integrated” in public schools.

Officials in Wisconsin told The Epoch Times last week that they were aware of a left-wing group that carried out the attack on the Madison pro-life group’s office. The group claiming responsibility, Jane’s Revenge, sent a statement to Bellingcat that the arson was a “warning.”

“Next time the infrastructure of the enslavers will not survive,” the group said, adding that if pro-life groups and clinics weren’t disbanded within the next month, it would carry out further attacks.

“Wisconsin is the first flashpoint, but we are all over the U.S., and we will issue no further warnings,” the statement said, adding that they would “adopt increasingly extreme tactics to maintain freedom over our own bodies.”

In the letter, Johnson made reference to the group’s apparent threat.

The Department of Justice didn’t respond by press time to a request for comment.

Jack Phillips is a breaking news reporter at The Epoch Times based in New York.