The following short videos are intriguing and are perhaps the best way to put forth the concepts of the sceario we are in as we enter into Agenda 21 (it is now the year 2021 and the time for the agenda to be implemented) and hence the time of the Great Reset.  After you have watched these videos you will see and understand their significance. Please share everywhere in hopes of waking up as many as possible.  If enough people wake up, maybe we can turn the tide and wrangle in this world wide technocracy being sprung upon us.

Masks were introduced into society to prevent the spread of the virus. The vaccine has been found, but is only successful on a few… Kain is a survivor after escaping being locked down in his cell, but the droids are tracking him and he is on the move to get out of London city… is this the end of the world ? or the start to the new one…

A Mandatory Vaccine has been made for everyone worldwide, only a few are left who haven’t been forced to take it. Kain is getting out of the city, remembering how everything quickly changed into a cashless society and all our movements, data was tracked..

Kain explains how Test and Trace was used as the final surveillance tool to actually Track and Trace peoples movement, as he walks in the world of the new normal..

We follow Kain through the Police state in London after the vaccine was taken, drones and AI have taken over the city. Kain is escaping and finding a way out….

The Great Reset And Dystopia Emerges

The Great Reset had to happen so the cashless society could be brought in and the one world government could be introduced… With society now in a Police state and a Mandatory Vaccine now in place. Kain is finding refuge in the empty streets of London in search of a way out…

The Cashless Society was the step before the new world economy called the Global Credit System, which was all part of The Great Reset.

Property seizure was all part of The Great Reset and after the job market was finished, people had no choice but to accept the Universal Basic Income…

The consciousness of the world had become distorted, keeping us in a mind prison. Kain discusses how we became programmed through our sub conscious.

Depopulation A Dystopian Vision Of The Future

Depopulation was all part of the agenda to their new world. Populations needed to be controlled.

Be Prepared!  Here is some insightful information on ways to survive through hard times.

Consider A Means For Local Emergency Communications In These Coming TImes.

To communicate locally in the event of a nation wide cyber attack which will not only take down the Internet but cell phones, as well as some television networks, the best thing to have is a CB radio, and to back that up with a shortwave radio receiver where you can tune into not just amateur stations but shortwave broadcast stations.  Many of the shortwave stations have back up generators as well as have amateur radios inside their stations.  It is wise to have a mobile CB radio since this will operate on a 12 V DC automotive battery.  A small solar power station for 12 V DC is also advised.  This method of local communications works very well as most people know and does not depend upon the Internet.  You can tune into information on shortwave either from the shortwave broadcast stations as well as amateur stations, and then relay information locally via CB radio.  GMRS radios are also another item you might want to have available since in some locations there are GMRS repeaters.

Big Tech Has a Censorship Problem. Here’s What You Need to Know.

Dansgate Social Media is your replacement for Twitter and Fascistbook. At Dansgate we have the same tools for publishing content as you have here at Before It’s News, with a full WYSIWYG Rich Text editor with the option to use html.  We provide the TinyMCE Editor as a standard means of posting and presenting you post content to your news feed.  No free speech social media platform provides these kinds of tools for user content publishing.  Why settle for mediocre when you can excel with better social media publishing tools?  Present you content the way you want, be creative with its presentation, make your post look like web articles with numerous photos, videos even ads.  In addition you can embed your live RTMP video stream into your post, since we allow the use of html you can do most anything you can imagine that other platforms have not even dreamed of, hence we empower you for success.  Consider joining the most advanced social media platform on the Internet today!

Learn more about Dansgate from our Before It’s News article.

Dansgate is a project of the Freedom Network Project.

Your support of the Freedom Network Project will provide alternatives to Big Tech social media on a platform with advanced user publishing tools.

The Fulness of the Story of Christmas 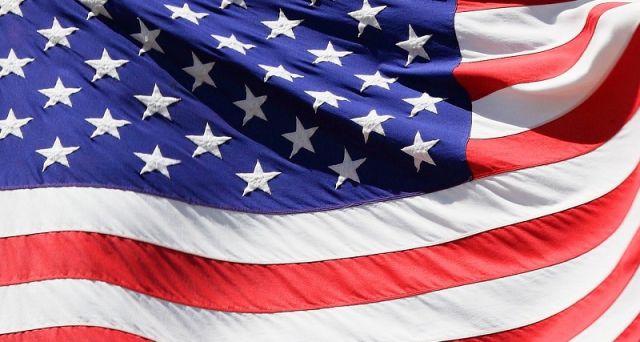 “This is Not A Vaccine” – It’s a Medical Device to Make Us Sick [VIDEO: Focus on Fauci] | Alternative

The Left’s Conditioning of Americans Is Complete | U. S. Politics

James Kinlaw10 hours ago
Before it's News

Ephesians 4:2 Be completely humble and gentle; be patient, bearing with one…